10 Things you may not know about your Sexual Health 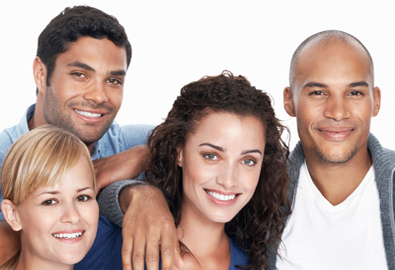 If you’re having sex, latex condoms are your best form of protection against sexually transmitted diseases and infections. But a condom only protects the area it covers – what’s not covered is not protected!

Testing is the only way to find out for sure if you’re truly “safe.”

2 – It’s not only intercourse that puts you at risk.

Any genital contact can spread an infection; same sex partners are also susceptible. Many sexually transmitted diseases, including HIV, can also be transmitted through oral sex.

Withdrawing before ejaculation does not prevent STDs.

3 – Most STDs have no symptoms.

The majority of people who become infected with an STD have no immediate symptoms at all. When symptoms do appear, it’s easy to confuse them with the flu or non-sexual diseases. What’s more, even with no symptoms, you can spread an STD to others.

But you won’t know unless you get tested.

4 – You don’t need to see a doctor to get tested for STDs.

Even if you’ve got a good relationship with your healthcare provider, you may not feel comfortable talking about the possibility of sexually transmitted diseases or infections. With PersonaLabs, you have access to the same tests and same labs as a doctor.

And you don’t need an appointment, insurance approval, or a prescription.

5 – If you’re pregnant, you should be tested.

The U.S. Centers for Disease Controls recommends that every woman get tested for STDs as part of her pre-natal examinations. Because STDs can cause serious harm to infants, even if a woman has been tested in the past, she should be tested again when she becomes pregnant.

You can still get an STD during your pregnancy.

6 – Chlamydia can lead to sterility.

Chlamydia is now the most widespread STD in the U.S

7 – Hepatitis can be sexually transmitted.

Hepatitis has been making headlines recently, as this “silent killer” has become a worldwide epidemic – particularly among baby boomers who caught Hepatitis C from needles. But Hepatitis B is usually sexually transmitted.

Hepatitis B is 50-100 times more infectious than HIV.

While medical advancements over the past 30 years mean that AIDS is no longer a death sentence – and HIV doesn’t always lead to AIDS – about 50,000 people in the U.S. are newly infected with HIV each year. In some areas it’s actually on the rise.

There is still no cure for HIV.

9 – If you’ve got an STD, you’re far more susceptible to HIV.

Studies have shown that STDs increase the number of cells in genital fluids that can be targets for HIV. STDs also appear to increase the risk of an HIV-infected person transmitting the virus to partners.

Women with STDs are at even greater risk.

A primary goal of PersonaLabs is to make lab tests and health information affordable and accessible. You don’t need insurance or a huge income to get the answers you need. Our process is completely confidential. Positive results can be taken to a healthcare provider.

If your results are negative, no one else needs to know