10 Ways to Reduce Your Risk of Contracting UTI 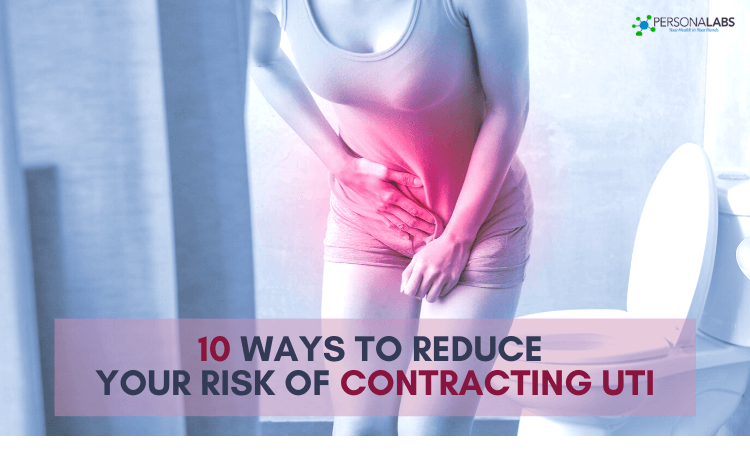 Urinary tract infection (UTI) is considered to be the most common community-acquired infection with an even higher prevalence among women.

UTI is directly associated with any infection that occurs in the urinary system which encompasses the kidneys, urinary bladder, ureters, and the urethra.

As the primary function of the urinary system is to eliminate waste, it sometimes attracts pathogens that the immune system cannot easily fight off.

According to research, 50-60% of women experience UTI in their lifetime, typically from the age of 20 to 40.

The risk of developing UTI in women is greater compared to men since anatomically speaking, women have a shorter urethra, thus, infection-causing bacteria reaches the bladder faster and easier.

For men, those who have not undergone circumcision have a higher risk to develop UTI compared to circumcised men. UTI symptoms in men may involve localized pain in the abdomen, penis, and in the rectum aside from other common symptoms in the infection.

UTI can be categorized based on the part of the urinary tract that is directly affected. Lower tract UTIs involve the bladder and the urethra while upper tract UTIs affect the kidneys which can potentially become fatal.

Here are 10 ways you can do to reduce your risk of contracting UTI.

Drinking water will allow you to urinate frequently and eliminate the bacteria from your urinary tract long before it can cause an infection.

2. Wipe from front to back when you relieve yourself.

Bacteria eliminated from the gut can make its way to the urethra if you wipe the wrong way. After urinating or defecating, make sure you direct your wiping from front to back to redirect harmful bacteria away from your urinary tract.

3. Urinate before and after sex.

Bacteria causing UTI can be transferred during sex from your partner and vice versa. In order to avoid this occurrence, make sure to urinate and wash your genitals before sexual intercourse. Urinate right after sex to flush any bacteria that has entered your urinary tract.

4. Avoid holding your pee for a long time.

If you have a habit of holding urine for an extended period of time, chances are your bladder muscle may become weaker than normal leading to your inability to completely empty your bladder or other bladder conditions such as incontinence. Moreover, this can cause bacteria buildup and cause UTI.

Feminine products that are scented can cause irritation in the genitals. Forget about douches, deodorant sprays, and feminine wash that contain fragrances and other chemicals.

Contraceptive such as spermicide, spermicide-lubricated condom, and diaphragm can stimulate bacterial growth. Switch to birth control methods that cause less to zero irritation. Consult your doctor for medical advice.

7. Avoid overconsumption of drinks that can cause irritation.

Drinking plenty of fluids is encouraged to prevent UTI. However, there are certain beverages that can do more damage to the urinary tract than good. This includes alcohol, caffeinated drinks, and sodas.

Loose cotton underwear allows airflow and in turn provides less likelihood for bacteria to grow and thrive. On the other hand, synthetic fabric and other tight underwear may cause irritations that could lead to an infection.

If you frequently develop UTI, it is best to stick to showers instead of baths. Soaking in a bubble filled water can open opportunities for bacteria to enter your urethra and create pathogenic colonies inside.

The potency of cranberry as an effective treatment for UTI is still subject to debate. However, based on a number of clinical researches, a daily dosage of cranberry juice of about 240-300 ml can reduce 50% of UTI recurrences. Cranberry juice has hippuric acid that prohibits bacteria from inhabiting on the lining of the urinary bladder.

When symptoms occur or persist, contact your healthcare provider to confirm the infection. Secure immediate medical UTI treatment to avoid complications, especially in the kidneys.

UTI is often treated with antibiotics. However, it is important to remember that antibiotics should only be taken upon the prescription of your Doctor.