Cancer Symptoms That You Should Watch Out For 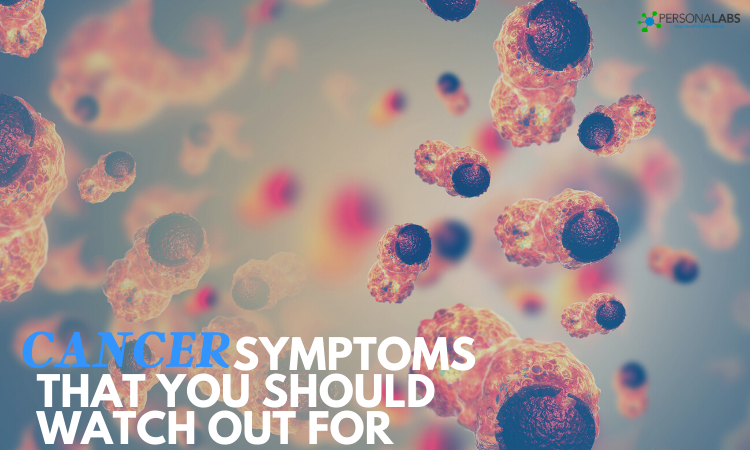 Nothing feels like the health scare of a lifetime when you observe alarming abnormalities in your bodily functions. Or perhaps, when you notice unusual growth in a specific area of your body. More often than not, the first thing that comes into your mind is the big “C”, or commonly known as cancer.

However, before you panic, it is absolutely vital to have a better understanding of your symptoms and how exactly it could relate to cancer. More importantly, schedule an immediate appointment with your doctor to have a precise diagnosis of your condition.

Cancer is characterized by uncontrollable or abnormal cell growth that could potentially invade or migrate into healthy tissues leading to major disruptions in the normal functions of the body.

It shares most of its symptoms with other known disorders. Hence, any irregularities you feel cannot be automatically linked to cancer. In the same way, cancer is a localized disease which means that symptoms for breast cancer may differ from that of cancer formed in other parts of the body.

Signs and Symptoms of Cancer

The onset of symptoms also varies depending on the affected organ. There are forms of cancer in which symptoms appear at the earliest stage of the disease, while others develop notable symptoms on the later stage. The latter can be alarming since early diagnosis of cancer is a factor in its treatment.

Hence, it is indispensable to consistently check for any abnormalities in your body and avail medical testing as frequently as necessary. Here are some symptoms that many types of cancer have in common.

1.  Presence of a  lump or unusual tissue growth

Sporadic occurrence of lumps, moles, or odd skin patches is a common indicator of cancer especially if it is observed to increase in size or expand at an alarming rate.

Localized swelling in areas such as the breasts, lymph nodes, and other soft tissues can be associated with a tumor.

Tumors can either be malignant or benign with the former being cancerous and the latter, non-cancerous.

Whether it is an increase or decrease in your weight without any sensible reason behind it, sudden alterations in weight can signal a serious abnormality in the body. Cancer cells that develop in organs involved in metabolisms such as the pancreas, stomach, esophagus, or even the lungs may manifest weight changes as a key symptom.

The recognition of cancer in the body can lead to the immune system fighting off these abnormal cells. As a result, fever may be experienced. During the later stages of cancer or during treatment, the immune system may also be compromised, hence, fever can also be expected.

Extreme exhaustion even after taking ample rest definitely goes beyond the normal body response. Fatigue is often considered an early symptom of various forms of cancers such as leukemia, and colon cancer.

Frequent and persistent pain in a particular area can be indicative of rapid cancer growth. This kind of pain does not exactly get better despite treatment. Likewise, the location of the pain may suggest the core of developing cancer.

Bleeding out of nowhere is a serious condition that requires immediate attention. It can occur either during the early or late stages depending on the type of cancer. You can observe bleeding in many forms such as blood in the stool, urine, sputum, or other bodily discharges.

Sores or bruising that seem to take too long to heal can be a consequence of abnormal tissue growth due to cancer. They could appear in the mouth as a sign of oral cancer, on the skin, or in the genitals as a manifestation of localized cancer. This condition can also be associated with infections.

Changes in the color of the skin can be linked to skin cancers or other types of cancer. Jaundice, a condition characterized by yellow skin and eyes colorization suggests problems in the liver. This condition occurs in the later stage of liver cancer.

Persistent irregularities in the bowel movement that cause diarrhea and constipation are a clear sign of digestive problems that require medical attention. It could also be a symptom of colon cancer. In the same way, painful urination and urinary incontinence may denote prostate or bladder cancer.

Getting Tested for Cancer

Symptoms for cancer are rarely exclusive to the disorder. Thereby, knowing the symptoms alone is not enough to confirm the condition. Nonetheless, they are crucial information in the process of diagnosis.

When these symptoms or other abnormalities manifest and persist, it is imperative to see your doctor where essential corresponding tests can be ordered such as a complete blood count (CBC), tumor marker tests, etc.

It is also necessary to comprehend that symptoms may vary from one person to another considering factors such as genetic predisposition and environmental exposure. There are cases in which symptoms do not immediately show despite having cancer at its early stage.

With this scenario, it is vital to make sure that a complete physical test that includes blood works is taken at least once a year as a precautionary measure especially for those who have a family history of cancer.