How your hormones can affect your mental health 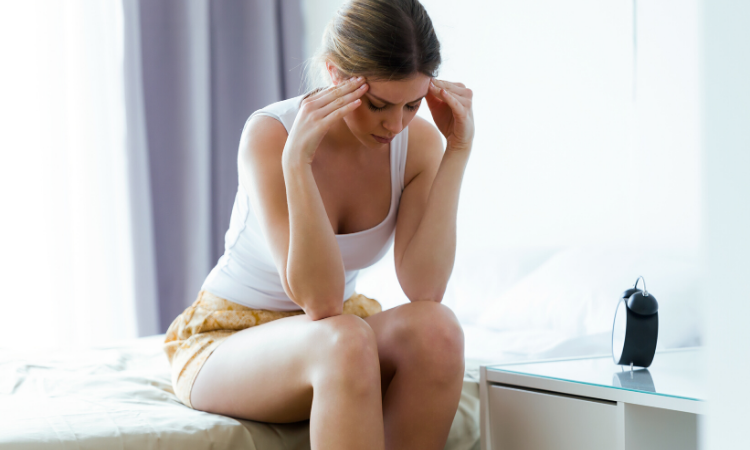 How your Hormones can affect your Mental Health

More attention has been paid to mental health since cases related therein have been recorded increasingly in the past decades.

In 2017, about 46.6 million American adults appeared to be suffering from mental illnesses as shown in the survey conducted by the Substance Abuse and Mental Health Services Administration (SAMHSA).

Stress has constantly been associated with the daily dealings of a common adult. The sources of everyday anxiety can vary from mundane activities to deep-seated factors.

Americans are considered as one of the most highly stressed people in the world. In September 2019, the American Institute of Stress revealed that 83% of workers in the US experience stress from their work.

It is important to note that stress is considered a fairly normal response to the demands of our jobs, finances, health, relationships, etc. There is always a sense of normalcy when it comes to stress levels but uncharacteristically persistent and frequent stress can be categorized as chronic stress.

Chronic stress is a serious threat to mental health.  It can have a strong impact on our mental health as it may trigger the development of depression and anxiety. Yet, it is important to understand that not everyone shares the same level of susceptibility to these mental disorders. Biological factors such as the production and secretion of stress hormones play an important part in calculating your risks for any mental health disruption.

Depression and anxiety disorders are considered as the most common mental illnesses an average adult experience. These illnesses are often associated with chronic stress.

2.  A sense of emptiness or deep sadness

3.  Feelings of hopelessness, guilt, and worthlessness

7.  Overeating or Loss of Appetite

Treating mental illnesses such as depression requires a comprehensive look at multiple factors such as existing physical diseases, lifestyle, traumas, and other life experiences, family history and genetics, and many others.

Finding out the very cause of the disorder and working it out through medications and therapy has been the formula most psychiatrists employ. In this endeavor, evaluating hormonal imbalance is also a key action to diagnosing the disorders as hormone-related depression has become prominent.

Our endocrine system acts similar to a thermostat in our body. It normalizes numerous functions in order to achieve balance or homeostasis in the overall system by producing hormones

Hormones are known as the body’s chemical messengers. They are responsible for regulating physiological functions (e.g. metabolism, reproduction, sleep) and coordinate the activities of different organs

Hormonal imbalance is a condition wherein there is an inadequate or excessive production of hormones that halts the proper functioning of organs and tissues. Hormones are supposed to be sustained at a very specific level to successfully maintain their functions; otherwise, it can cause a series of negative impacts in the body.

Key Hormones that may affect your Mental Health

Depression and anxiety share similar symptoms with various hormonal imbalances. Stress can also be triggered by these disturbances.

Hormones such as cortisol, DHEA, thyroid hormones, and melatonin are affected by stress. In a similar way, they also impact the sustenance of stress-related experiences.

The adrenal glands are organs located above the kidneys and are considered as valuable components of the endocrine system. Adrenal glands are also responsible for the production of cortisol, also known as the stress hormone.

Hormone dip that concerns cortisol is characterized by fatigue, muscle weakness, weight loss, low blood pressure, and digestive pain and distress. A low cortisol level is the primary indication of Addison’s disease, a disorder caused by damages in the adrenal glands.

Dehydroepiandrosterone (DHEA) is a hormone primarily released by the adrenal glands. Predominantly, it is a precursor for other reproductive hormones particularly estrogen, progesterone, and testosterone. Production of DHEA reaches its heights during 20s and will gradually drop as we age.

A surge or dip in the hormone DHEA can cause a major effect in the production of sex hormones. For women, this alteration becomes very critical during perimenopause and menopause.

High DHEA can be an indicator of physical disorders like hyperplasia and adrenal cancer. Low DHEA is linked to symptoms of depression as shown in the results of a 2007 study published in the Psychoneuroendocrinology journal.

An increase in DHEA has been associated with treating medical diseases such as cardiovascular disorders, lupus, obesity, etc. However, further studies are still needed to fully establish the validity of this claim.

When the thyroid gland releases insufficient thyroid hormones (also known as hypothyroidism) it can trigger depression. Hypothyroidism is characterized by symptoms that include fatigue, oversleeping, and problems with concentration.

Hyperthyroidism, on the other hand, is overtly opposite to hypothyroidism as it is caused by the thyroid gland’s overactivity. Symptoms of hyperthyroidism are almost similar to those of bipolar disorder and clinical anxiety.

Melatonin plays a vital role in this process as it is the primary hormone that regulates the sleep-wake cycle.

The pineal gland located in the brain produces the melatonin at its greatest quantity typically during at night when we sleep and at a smaller amount in the morning when we have to be awake.

Rest is an essential component to manage the stress that could lead to mental disorders. In fact, sleep is highly considered as an effective tool in healing and restoring body homeostasis. Deficiency in melatonin secretion causes insomnia or sleeps loss and disrupts tasks such as body repair and recovery.

Too much melatonin, especially during the day, causes crankiness, drowsiness, and low energy levels. During the night, it may lead to exceptionally vivid dreams.

In diagnosing mental health disorders, it is imperative that hormonal imbalances must be accurately checked. The stigma of depression and anxiety has sometimes left out the key roles played by hormones in the development of mood disorders.

Nonetheless, it is important to have the right thought that acquiring clinical mental disorders are beyond personal choices. Sometimes they are simply a consequence of hormonal instability.

As a matter of fact, what others perceive as a mental disorder is sometimes a misdiagnosis of a hormonal imbalance.

The sooner you figure out the real cause of your mental stress, the earlier you can secure the proper treatment.