What to do when you have blood in your stool 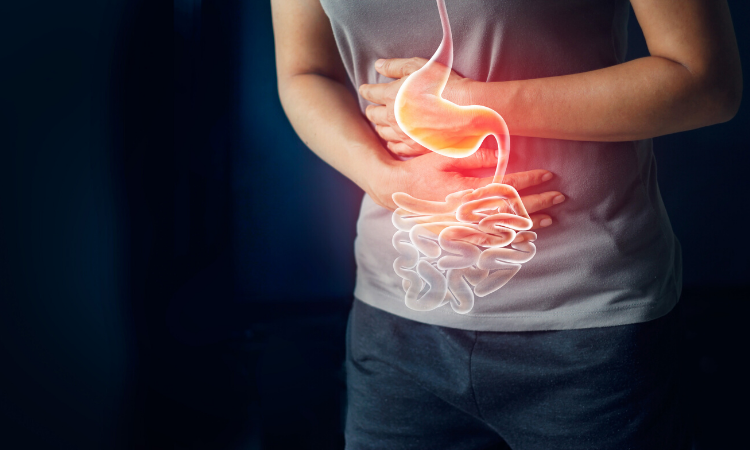 This article is medically approved by Dr. Edward Salko

It’s a special kind of horror when you unexpectedly find blood mixed with your stool (a.k.a poop or feces). Whether you discovered it while wiping or simply by taking a peek at the toilet, it is worrying to think about the possibility of a serious medical condition that you may have unknowingly acquired or developed.

Nonetheless, it is important to remember that dealing with unusual symptoms begin with the right information and guidance from your healthcare provider.

A bloody stool can be a sign of a major health issue that requires immediate attention depending on factors that could be associated therein.

A fecal test and an elaborate procedure are usually ordered by your doctor to confirm the presence of blood in your stool and further diagnosis is performed.

Know the causes of blood in the stool

Finding blood in your stool indicates bleeding somewhere in your digestive tract. It is commonly referred to as gastrointestinal or rectal bleeding.

It can either be painful or painless and it usually comes with other symptoms such as abdominal pain and diarrhea. Understanding the reason behind blood in the stool can lead to the discovery of any underlying gastrointestinal disorder.

·  Angiodysplasia – It is a condition in which the blood vessels of the colon are inflamed and malformed.

·  Cancer – Bleeding can be a sign of bowel cancer that either involved the rectum or the colon. Stomach cancer may also be a cause of the bleeding along with the development of other malignant tumors in the digestive tracts.

·  Colitis – It is the inflammation of the inner linings of the large intestine or the colon. Colitis can be caused by infection, chronic diseases, and loss of blood supply in the colon.

·  Diverticular disease – This condition develops when small pouches are formed in the lining of the colon and subsequently inflamed causing diarrhea, abdominal pain, nausea, and vomiting.

·  Esophageal problems – Blood in the stool can be caused by the tear in the varicose veins of the esophagus. It can lead to severe blood loss and will require an immediate medical response.

·  Gastroenteritis – Stomach or intestinal infection caused by pathogens (e.g. bacteria, virus) is known as gastroenteritis. Food poisoning can also be associated with this illness.

·  Hemorrhoids  – There is a direct relationship between rectal bleeding and hemorrhoids. Also known as piles, hemorrhoids are described as the swelling of the veins in the lower rectum reaching towards the anus.

·  Peptic ulcers – It is the development of painful sores on the inner linings of the stomach stretching towards the upper part of the small intestine.

·  Polyps – Polyps commonly develop in the colon. It is described as abnormal tissues that can either be benign (noncancerous) or precancerous.

What stool color can tell you about gastrointestinal bleeding?

Stool color along with texture can change from time to time depending on many factors.

Fecal discolorization is not entirely an alarm for a serious disease. Sometimes it is caused by the kind of food you have ingested. Foods such as beets, blueberries, green vegetables as well as medications like Pepto-Bismol, and other supplements especially those rich in iron can induce stool discolorization.

Brown is generally considered normal while yellowish stool may indicate parasitic infection, liver or gallbladder infection, fat malabsorption, and other intestinal disorders. A green-colored stool can be linked to a high-fiber diet composed of vegetables and other green organic food.

The following stool colors can be associated with gastrointestinal bleeding.

· Black and Maroon – Bleeding can be traced in the upper GI tract which includes the esophagus, stomach, and the first section of the small intestine known as the duodenum.

·  Bright Red – Stools that contain bright red blood mixture could be a sign that there’s bleeding in the lower GI tract that mostly consists of the colon down to the rectum and anus. People with hemorrhoids usually observe the appearance of bright red blood.

It is also important to understand that occult bleeding, a type of bleeding which is not seen by the naked eye, can occur and will require a fecal occult blood test for confirmation.

When should you see a Doctor?

The first sign of blood in your stool should already be a drive to schedule an appointment with your healthcare provider and get tested immediately.

In observing the occurrence of rectal bleeding takes note of the following characteristics:

2.  The exact color of the blood

3.  Frequency of blood in the stool

Normally, doctors would perform a physical examination to assess the specific area involved. This is typical for hemorrhoid assessment. Other conditions may require endoscopic procedures that make use of a lit fiber thin scope with a camera so that doctors could have a better look at any abnormal conditions in the affected area.

In cases of a significant amount of blood loss, a complete blood count (CBC) may be ordered for further verification.

Another important test procedure is the fecal occult blood test. This is necessary if blood is not seen in the stool but other symptoms correspond to a particular gastrointestinal disorder. This type of blood test is available online and can be performed at the comfort of your home followed by a systematic lab analysis procedure.

A bloody stool could raise a critical problem in the sense that if the condition is taken for granted it could rapidly develop complications that are difficult to treat.

Being observant during and after defecation could help you detect any abnormalities in your gastrointestinal tract. In turn, it could help you sustain good health and prevent the escalation of serious diseases. You can be sure by taking a fecal occult blood test and get your results as fast as 48 hours.