Did you know that addiction is the number one health issue in the United States? In particular, many people suffer from alcoholism and drug dependence.

Alcoholism is a chronic disease where a person is unable to control their drinking. They become dependent on alcohol and may engage in risky behaviors while intoxicated. 17.6 million people- that’s 1 in every 12 adults- suffer from alcoholism in the United States.

Drug dependence is when a person becomes addicted to a substance, their body physically needs it as they may experience withdrawal symptoms. Approximately 20 million Americans, ages 12 and over, have used an illegal drug within the past 30 days according to the National Survey on Drug Use and Health (NSDUH). Even more, people are abusing prescription drugs such as painkillers, sedatives and stimulants.

Alcohol is the most commonly used and abused drug in society. Following that is marijuana. Other common drugs of abuse include cocaine, heroin, inhalants, LSD (acid), MDMA (ecstasy), methamphetamine, phencyclidine (PCP), steroids (anabolic), Vicodin, OxyContin and other prescription drugs, including pain relievers, depressants and stimulants.

Alcoholism and drug dependence can cause serious health problems over time. They can affect every organ in your body from your liver to your brain. It can also affect how you function at home, at work and in the community. Addiction has the ability to damage emotional stability, your relationships with family members and friends and your finances and career. This is why employers feel it necessary to drug test their employees.

Drug testing is important for the workplace as employees who are substance abusers are known to cost businesses more time, money and hassle in the long run. They are also know to have higher turnover rates, file more workers compensation claims, have higher insurance premiums, are often late or absent, get involved in accidents and are less efficient and productive when compared to employees who don’t use drugs.

Personalabs understands how important drug and alcohol testing is and takes pride in providing you with an affordable option to meet your needs.

Not sure what test you need? 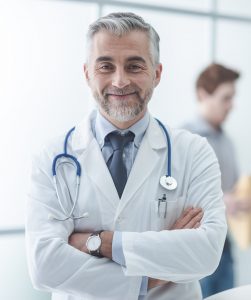 Schedule Doctor Consult
Your Order
There are no products in the cart!
Subtotal
$0.00
Total
$0.00
Cart
Checkout
Continue Shopping